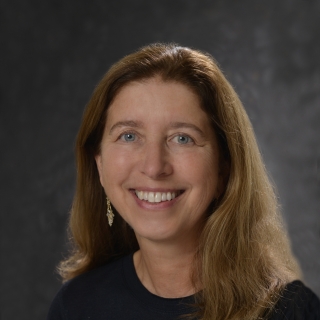 Dr. Bernadette Johnson is the Chief Technology Ventures Officer at MIT Lincoln Laboratory. The Technology Ventures Office was established in 2018 to support access to and development of commercial technologies relevant to national security. Prior to this appointment, she was the Chief Science Officer (CSO) at Defense Innovation Unit Experimental (DIUx), which focuses on accelerating commercial innovation for the Department of Defense.  As CSO, her primary responsibilities were to provide strategic guidance on emergent technologies and support development of a technical workforce.

Prior to joining DIUx in August 2016, Dr. Johnson was the Chief Technology Officer (CTO) at MIT Lincoln Laboratory. Her responsibilities included the development of the Laboratory's long-term technology strategy and the coordination of collaborative research with MIT campus.  Before being appointed to CTO, Dr. Johnson was the Assistant Head of the Homeland Protection and Tactical Systems Division. Throughout her career, she has been involved in a number of programs related to laser-based propagation and sensing, adaptive optics, active hyperspectral imaging, and laser-induced-breakdown spectroscopy. In 1999, she became the founding Leader of the Biodefense Systems Group. Her technical foci were in military and civilian chemical and biological defense and forensics sensing, and in 2009 she led a study to develop a strategic plan for bioscience research at Lincoln Laboratory. She was and remains actively involved in technology innovation initiatives.

Dr. Johnson is a 2007 recipient of the Lincoln Laboratory Technical Excellence Award for her system-level architecting, technical innovation, and prototype demonstration. She holds a BS degree in physics from Dickinson College, an MS degree in condensed matter theory from Georgetown University, and a PhD degree in plasma physics from Dartmouth College.  She attended the Harvard Kennedy School’s Senior Executives in National and International Security Program in 2015 and has served as a member of the Naval Studies Board since 2012.