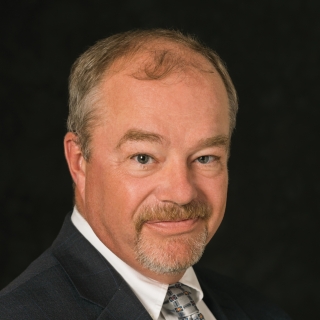 Dr. Richard M. Heinrichs is an Assistant Head of the Intelligence, Surveillance, and Reconnaissance (ISR) and Tactical Systems Division at MIT Lincoln Laboratory.

Dr. Heinrichs joined the Laboratory in 1986 as a technical staff member in the High Energy Laser Beam Control and Propagation Group, where he developed technologies for nonlinear adaptive optics to control high-energy laser propagation through the atmosphere. He was promoted to Assistant Leader of the Laser and Sensor Applications Group in 1996, and in 1998, he became the group's Associate Leader. In 2000, he was promoted to Leader of the Laser and Sensor Applications Group, which became the Active Optical Systems Group in 2004. In his role as the Group Leader, he helped to develop advanced technology for direct-detection 3D imaging laser radars and high-resolution coherent laser radars, and he oversaw the integration of advanced microwave radar processing techniques into the optical regime. Dr. Heinrichs' leadership led to the development and operational deployment of the nation's most capable 3D imaging laser radar systems: the Airborne Laser Imaging Research Testbed (ALIRT) and the Multi-look Airborne Collector for Human Encampment and Terrain Extraction (MACHETE). The ALIRT system was deployed to Afghanistan, and the MACHETE foliage penetration system is used in support of U.S. Southern Command.

In 2011, Dr. Heinrichs was selected for an Intergovernmental Personnel Act assignment at the Defense Advanced Research Projects Agency (DARPA). As a program manager for the Strategic Technology Office, he conceived of and led the development of advanced passive and active optical systems as part of an overall system-of-systems approach to increase military effectiveness, cost leverage, and adaptability.

Dr. Heinrichs holds SB degrees in physics and electrical engineering from MIT, an SM degree in electrical engineering from MIT, and a PhD degree in physics from the University of Massachusetts. His doctoral thesis concerned the investigation of superfluidity in thin films of helium. After obtaining his doctorate, he performed postdoctoral work at the University of California, Santa Barbara, in the area of nonlinear fluid dynamics.

In 2003, Dr. Heinrichs received an MIT Lincoln Laboratory Technical Excellence Award in recognition of his individual contributions and technical leadership in the development and application of experimental laser detection and ranging systems with significant new capabilities. In 2018, he was elected as Fellow of the Military Sensing Symposia for his contributions in the area of optical remote sensing.