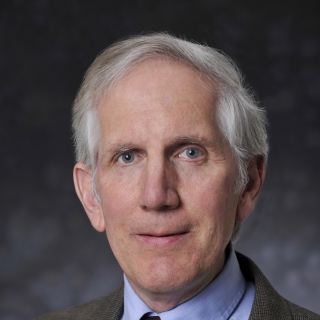 Dr. Richard P. Lippmann is a Laboratory Fellow at MIT Lincoln Laboratory. Most recently, he has been helping evaluate and develop automated approaches to machine learning, leading to a large collection of standardized machine learning datasets. Prior to conducting this R&D, he focused on developing security metrics that accurately estimate risk from important cyber threats and modeled the ways adversaries progress through large enterprise networks. This collaborative work led to NetSPA (for Network Security Planning Architecture), a software tool that creates attack graphs, has received two patents, and is being actively used commercially.

In the cybersecurity field, he directed the first careful and systematic evaluations of intrusion detection systems for the Defense Advanced Research Projects Agency (DARPA) in 1998 and 1999. This work included creating an extensive computer test bed with automated normal users and attackers. Data generated on this test bed were used to evaluate and improve modern intrusion detection systems. Although these datasets were soon outdated, more than 3,100 papers have cited or used them to improve intrusion detection systems or for initial validation of new approaches. The software used in the test bed has been extended, deployed to many U.S. government cyber ranges, and licensed for commercial use. In 2008, Dr. Lippmann was the program chair for the Recent Advances in Intrusion Detection Conference, which focuses on approaches to defend against and detect cyber attacks.

Dr. Lippmann's work in neural networks began with a paper in 1987, An Introduction to Computing with Neural Nets, that helped transition neural networks from being fringe science into being a new and useful technical approach. This paper concisely explained modern neural network algorithms and related them to more well-known statistical approaches. It won the first IEEE Signal Processing Magazine award, exposed the emerging field of neural networks to a large technical audience, and has been cited more than 11,000 times since. Following efforts proposed hybrid approaches to speech recognition that are similar in spirit to those used today and then applied neural networks to recognizing words in continuous speech, predicting the outcome of cardiac bypass operations, and detecting computer network probes and attacks in network traffic. An open-source LNKnet Pattern Classification software tool that was developed as part of this work simplified new neural network applications. To promote a better understanding of neural networks, Dr. Lippmann was an IEEE Distinguished Lecturer, a founding member of the Neural Information Processing Systems (NIPS) Foundation, and program chair of the 1989 NIPS conference.

Prior to joining the Laboratory in 1981, Dr. Lippmann was the director of the Communications Engineering Laboratory of the Boys Town Institute for Communication Disorders in Children in Omaha, Nebraska. He has authored or coauthored more than 100 papers, reports, or books and has supervised more than 20 students working toward master's and doctoral degrees He holds a BS degree in electrical engineering from the Polytechnic Institute of Brooklyn and a PhD degree in electrical engineering from MIT. His doctoral thesis dealt with signal processing for the hearing impaired.