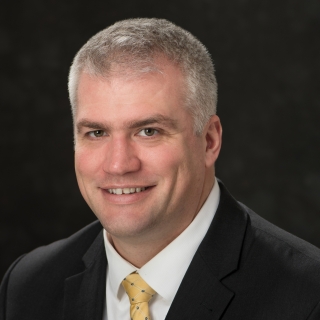 D. Marshall Brenizer is Associate Head of the Space Systems and Technology Division at MIT Lincoln Laboratory. Mr. Brenizer joined Lincoln Laboratory in 2002 as a technical staff member in the Space Control Systems Group, where he helped develop technologies and techniques for space control and space surveillance missions, as well as for terrestrial applications. In 2007, he moved to the Space Systems Analysis Group, where he worked with organizations in the U.S. space community to develop and critically examine concepts for reducing vulnerabilities to space threats. In 2009, he became the Assistant Leader of the Space Systems Analysis Group, and in 2010, he became the Associate Leader.

Prior to serving an Assistant Division Head and now Associate Division Head, Mr. Brenizer was the Leader of the Space Systems Analysis and Test Group. In this role, he was responsible for identifying and evaluating threats to the United States' use of space for military, intelligence, civil, and commercial needs. His work involved understanding the strengths and weaknesses of U.S. space-related systems, including the sensors and networks used to detect, track, and characterize objects in space, and the infrastructure used to control and operate satellites. He also helped formulate and execute a broad roadmap for increasing the Laboratory's contributions to critical efforts in the Department of Defense's strategic plan for space operations.