Promoting Innovative R&D for Today and the Future

Investments cultivated and managed by the Technology Office support the long view of technology for national security. Novel, impactful projects, many of which take a decade or more to come to fruition, push the very frontiers of technology development. We also focus on fostering innovation and creative thinking, both of which are essential to sustaining long-term technical excellence and relevance.

The Technology Office works to enhance inventiveness and innovation at the Laboratory through various opportunities and Laboratory-wide activities that sustain a culture of creative problem solving and innovative thinking.
More
William Gibson's observation that "the future has arrived, it's just not evenly distributed yet" aptly describes many of the groundbreaking technologies that are just now becoming a reality at Lincoln Laboratory. For example, Laboratory researchers developed the Localizing Ground-Penetrating Radar that enables an autonomous ground vehicle to consistently localize itself and stay in its lane, even during snow storms.
More
To maintain the nation's preeminence in technology capability and to help ensure continued national security, staff at the Laboratory are working at the frontiers of technology R&D. Some areas of investment, such as quantum information systems, may take years to come to fruition. In areas of increasing importance to modern systems, such as artificial intelligence and autonomy, the Laboratory is taking a lead role on behalf of the nation.
More 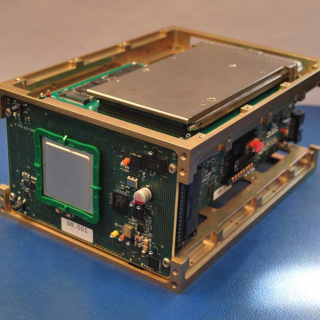 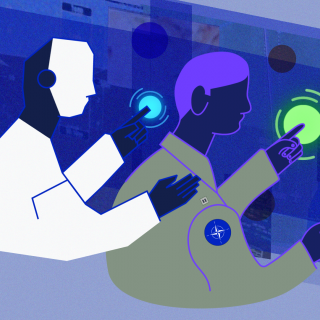 Stressed on the job? An AI teammate may know how to help

Engineered diamonds show promising capability for use in quantum sensing of magnetic fields.

New materials that are chemically inspired by nature could be tailored at the molecular level to dissipate vibrations in microsystems. Materials that can survive repeated external stresses could enable a next generation of enhanced microsystems.

A new concept for a low-cost vacuum pump may enable development of a portable mass spectrometer that achieves high-performance chemical detection.

By connecting a PV microgrid powered by solar panels to homes, engineers could provide people who live in regions of power-insecurity with the energy to cook their meals. Unused power could be applied to phone-charging stations. 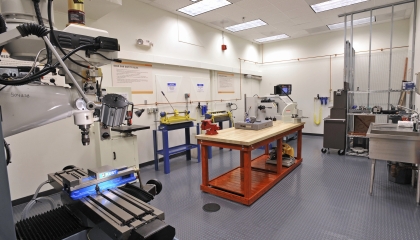 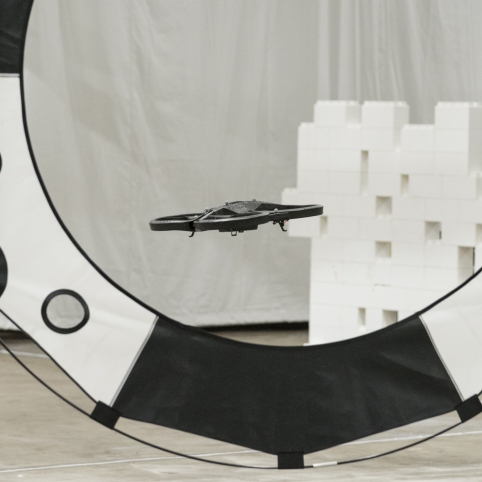 We challenge Laboratory teams to creatively address emerging problems in national security. We present a scenario that reflects a potential problem — for example, how to weed out false news from true reports — and hold a competition between teams who propose plausible, innovative solutions.
Read More

The Technology Office organizes the Advanced Research Technology Symposium (ARTS), a recurring event held at MIT to connect with academics, students, and entrepreneurs on MIT campus and in the New England area. We seek to encourage and enable the development of advanced technologies in support of national security. The symposium highlights some of the most pressing challenges confronting our nation's security and well-being, and proposes ways advanced technology can help address these challenges. Presentations, poster sessions, and panel discussions engage attendees.