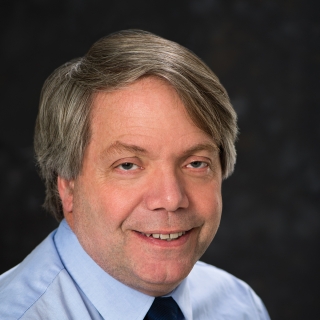 Dr. Gregory D. Berthiaume is an Assistant Head of the Space Systems and Technology Division at MIT Lincoln Laboratory. He has responsibility for research and development of advanced space systems that provide resilient and reliable access to space-based capabilities for the U.S. government.

Previously, he was the Leader of the Space Systems Analysis and Test Group and before that Leader of the Applied Space Systems Group. He has served as the NASA strategic development lead for Lincoln Laboratory, interfacing with NASA scientists to explore how the Laboratory’s technology efforts can help meet NASA’s needs.

During his career at Lincoln Laboratory, Dr. Berthiaume has led the innovation of novel sensors and systems to improve space-based environmental monitoring systems and directed the instrument development for the Transiting Exoplanet Survey Satellite (TESS) program funded by the National Aeronautics and Space Administration (NASA) and directed by the MIT Kavli Institute for Astrophysics and Space Research. The TESS instrument uses unique Lincoln Laboratory optics and detector technologies to enable the TESS program’s objective to discover Earth-like planets orbiting nearby stars.

Early in his career at the Laboratory, he led an experimental effort to develop charge-coupled devices (CCDs) capable of observing in the extreme ultraviolet regime without suffering unacceptable levels of radiation damage. The successful demonstration of these CCDs led to the development of the NASA-funded Extreme Ultraviolet Variability Experiment (EVE) that is flown (and still operating) on the Solar Dynamics Observatory. The EVE program has revolutionized the understanding of plasma dynamics in the solar corona and enabled corresponding improvements in the modeling of atmospheric drag on satellites in low Earth orbit.

Dr. Berthiaume has coauthored more than a dozen peer-reviewed papers and has received multiple group and individual achievement awards from NASA and the National Oceanic and Atmospheric Administration, including the 2016 Robert H. Goddard Exceptional Achievement for Science Award as part of the Solar Dynamics Observatory team. In 2017, he received the MIT Lincoln Laboratory Technical Excellence Award for his "outstanding technical contributions to the development, integration, test, and operations of space and ground-based systems that range from the soft X-ray through the thermal infrared." In 2019, he received the NASA Exceptional Public Service Medal for his work in advancing Earth and Space Science missions for NASA. He has served on the Dean's Advisory Committee for the MIT Kavli Institute and Lincoln Laboratory's Advanced Concepts Committee. He holds a bachelor's degree in physics from MIT and a doctorate in astronomy and astrophysics from the Pennsylvania State University.