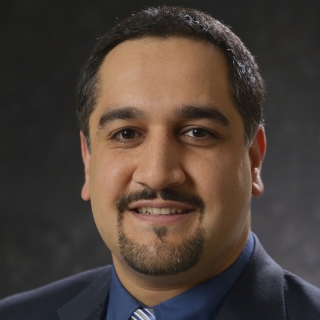 He is an associate editor of the IEEE Security & Privacy journal. He has also served twice as the program chair for the ACM Moving Target Defense (MTD) workshop, the poster chair of the IEEE SecDev Conference, and a guest editor of the IEEE Security & Privacy – Special Issue on Hacking without Humans. In addition, he has served on the steering committee of the ACM MTD workshop, and as a program committee member for many academic conferences and workshops including NDSS, USENIX Security, ACM CCS, RAID, AsiaCCS, IEEE DAC, IEEE SecDev, IEEE/ACM ICCAD, MILCOM, and ACNS, among others. He has also served on the National Science Foundation's Panel for the Secure and Trustworthy Cyberspace program.

Okhravi actively contributes to various national, Laboratory, and division-level strategic planning activities, and has led the development of multiple national-level R&D roadmaps. He has also led the development of multiple systems security technologies that have successfully transitioned outside and inside Lincoln Laboratory. His work has resulted in multiple U.S. patents and numerous publications in top-tier venues.

Okhravi’s current focus is researching and developing a Resilient Mission Computer, a new computer system design in which important security properties are inherent and multiple large classes of vulnerabilities are prevented by design.

Okhravi earned his MS and PhD degrees in electrical and computer engineering from University of Illinois at Urbana-Champaign in 2006 and 2010, respectively.