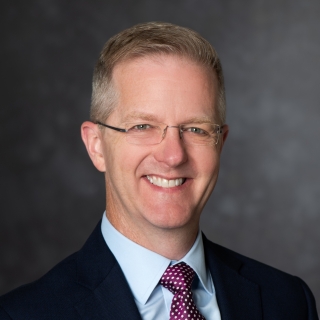 Jeffrey C. Gottschalk is the Assistant Head of the Cyber Security and Information Sciences Division. In this role, he is advancing the strategic directions of two areas that he has led the development of at the Laboratory since 2012: Cyber-Physical Systems and Cyber Operations and Analysis Technology. He is focusing on innovative technology directions in these areas to include microelectronic hardware security research, cyber-electronic warfare prototypes, and artificial intelligence and machine learning analytics applied to cyber-electronic support, decision support, and offensive and defensive cyber operations. With strong connectivity to multiple cyber development and operations communities, he ensures key technologies across the division advance and integrate with the Department of Defense’s Joint Cyber Warfighting Architecture.

Mr. Gottschalk joined Lincoln Laboratory in 1996 and served multiple technical staff roles. He was a member of the RF Technology Group, working in atmospheric propagation and microwave photonic technology. In the Optical Communications Systems Group and later in the Advanced Lasercom Systems and Operations Group, he focused on developing new techniques and hardware that supported several important laser communications systems and experiments. Subsequently, he spent three years working as an Intergovernmental Personnel Act assignee at the U.S. Air Force's Space and Missile Systems Center in Los Angeles, CA, where he served as the chief engineer for the Transformational Satellite Communications System (TSAT) program.

Upon returning to the Laboratory in 2007, Mr. Gottschalk joined group leadership in the Tactical Defense Systems Group, managing the test and evaluation of advanced infrared air defense systems and countermeasures using the group’s airborne test beds. He was the Assistant Leader of the Net-Centric Operations Group, leading efforts in multidomain situational awareness and command and control. He became the Associate Leader, and later, the Leader of the Cyber Systems and Operations Group, where he established a strategic technical partnership with U.S. Cyber Command and the Laboratory’s field site at Ft. George G. Meade, MD. He led the creation of the Cyber-Physical Systems Group in 2019, serving as Leader.