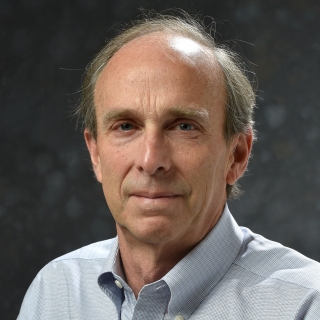 Dr. Peter F. Moulton is a senior staff member in the Laser Technology and Applications Group. His general fields of interest include fiber and bulk solid state lasers as well as nonlinear optics, with recent research and development efforts concentrated on fiber-based, high-power, ultrafast lasers covering the UV to the long-wave infrared, as well as high-power, eye-safe and mid-infrared lasers. Dr. Moulton has also worked on development and delivery of lasers for atmospheric sensing, bio-aerosol detection, submarine communications, coherent lidar, 3D imaging lidar and countermeasures, as well as lasers for medical research, diagnostics and treatment. He is best known for his invention of the Ti:sapphire tunable solid state laser, done while he was staff at the Laboratory.

Prior to returning to the Laboratory, Dr. Moulton had founding/management roles at Schwartz Electro-Optics and its successor Q-Peak, where he directed product-oriented, internal- and Government-funded programs in solid state lasers and nonlinear optics. He also served as the co-founder and Chief Scientist for a venture-funded company, Laser Light Engines. Dr. Moulton conducted his PhD research at the Laboratory, and continued as staff in the Quantum Electronics Group, the predecessor to the Laser Technology and Applications Group, before his private-industry activities.

Dr. Moulton has published 42 journal papers and 2 reference-book chapters, presented 4 plenary and 65 invited speeches at technical conferences, and is inventor or co-inventor on 6 issued patents. He has served on a wide variety of technical conference committees, including chairmanship of CLEO and the Advanced Solid State Lasers meetings, and was elected to the IEEE LEOS and OSA Board of Directors. Dr. Moulton is a Fellow of the OSA, the IEEE, the SPIE and the Military Sensing Symposia, and a member of the National Academy of Engineering. He has been awarded the 1997 OSA R.W. Wood Prize and 1997 IEEE William Streifer Award for Scientific Achievement, as well as the 2013 IEEE Photonics Award.

Dr. Moulton received his MS and PhD degrees in electrical engineering from MIT and his BA in physics from Harvard College.