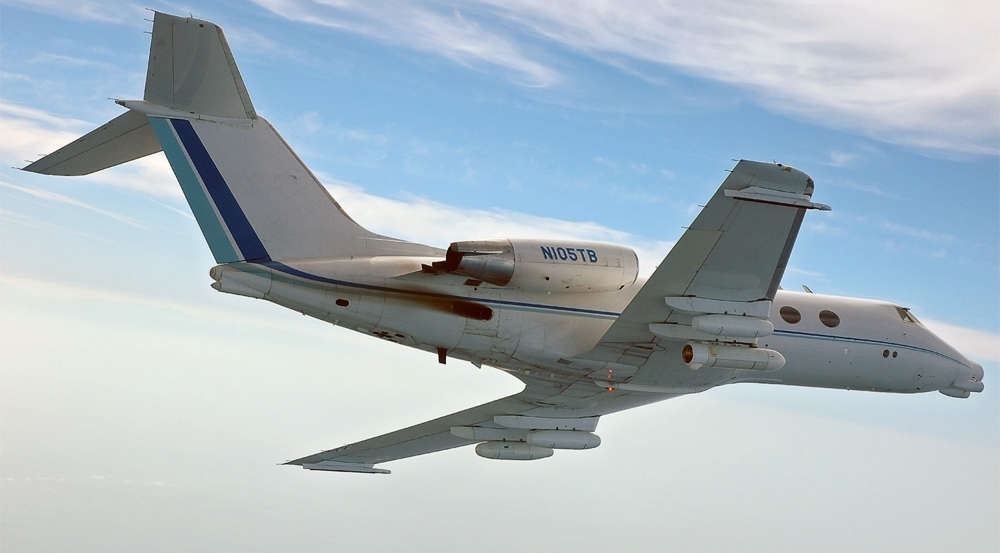 The Airborne Sensor Test Bed is a modified Gulfstream jet.

The Airborne Sensor Test Bed (ASTB) is a highly modified jet aircraft capable of carrying a wide range of sensors and instrumentation used for conducting radio-frequency and infrared research. Researchers analyze data collected by the ASTB sensors to understand the engineering and science behind tactical systems and threats to U.S. Air Force aircraft. The ASTB flies at locations across the country with fielded Air Force systems and locally with the Laboratory’s Airborne Countermeasures Test System.

Lincoln Laboratory first developed the ASTB in the 1990s, installing sensors, processing electronics, and antennas on a Falcon 20. In the mid-1990s, the ASTB equipment was transitioned to a Gulfstream G-II airframe. The Laboratory continues to add modernized and more advanced sensors and instrumentation to the ASTB, expanding its capabilities for making important measurements of tactical aircraft. In 2018, the Integrated Ka-band Radar Instrumentation System (IKARIS) was deployed as a podded sensor carried under the wing. Measurements from IKARIS are enabling researchers to better understand propagation, scattering, and clutter phenomena at the Ka-band of the electromagnetic spectrum. Researchers are using the collected radar data to refine physics-based models and simulations of these phenomena. Over the next decade, flight-test data acquired by IKARIS will inform the development activities of various Department of Defense programs.

Ankle torque estimation during locomotion from surface electromyography and accelerometry