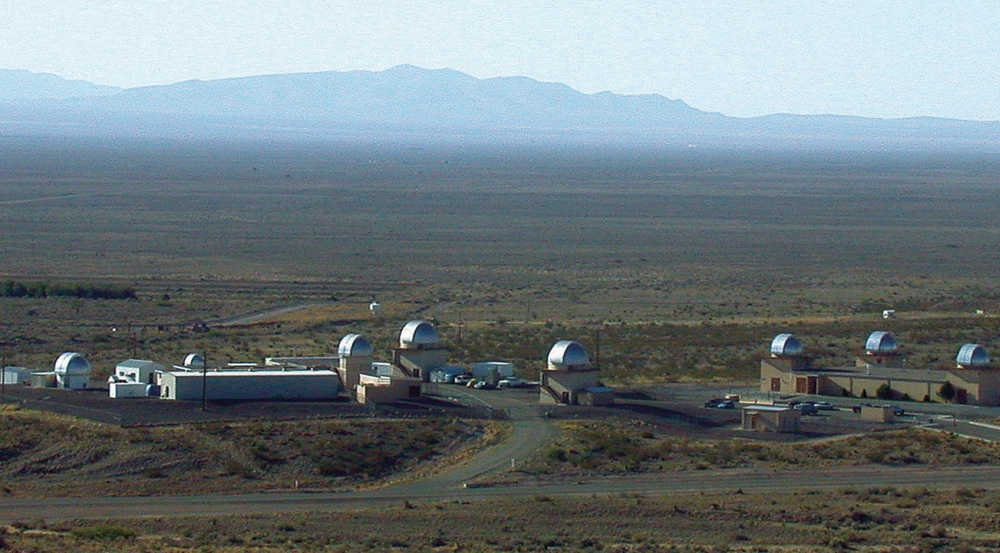 The Experimental Test Site is located in the desert outside Socorro, New Mexico.

A  small Lincoln Laboratory team at the ETS uses the facility's sensors, such as the one pictured, to support R&D into technologies that can improve an electro-optical system's ability to perform space surveillance. To help create an accurate picture of the space environment, the ETS staff obtains measurements on and tracks near-Earth and deep-space objects, such as minor planets, satellites, and space debris. The sensitive wide-field sensors of the ETS can also be used to measure the phenomena resulting from chemical releases.

Lincoln Laboratory directs a related NASA-funded program called the Lincoln Near-Earth Asteroid Research, or LINEAR. Our researchers have used the two GEODSS systems at the ETS and the Space Surveillance Telescope at nearby Atom Peak to discover near-Earth asteroids; more than 50 percent of the known asteroids in our solar system have been discovered through this program.