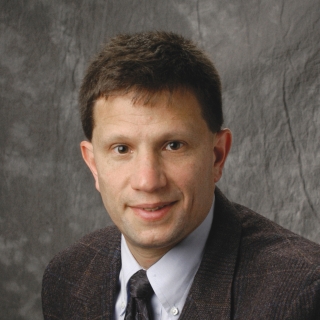 Lawrence M. Candell is an Assistant Head of the Space Systems and Technology Division at MIT Lincoln Laboratory. He specializes in signal processing, electro-optical systems, and optical communications.

Mr. Candell started at Lincoln Laboratory in 1986 as an MIT Electrical Engineering and Computer Science Department VI-A Program intern. In 1989, he joined the Laboratory full time in the Countermeasures Technology Group, designing jammers, specialized "set-on" receiver systems, and high-performance RF direction-of-arrival systems. Two years later, he became involved with the National Oceanic and Atmospheric Administration's weather satellites, performing analysis and design of next-generation geostationary infrared imaging and sounding instruments. In 1996, he became a Group Leader in the Sensor Technology and Systems Group and was responsible for running the Geostationary Operational Environmental Satellite (GOES) program. In 1999, Mr. Candell led the formation of the Advanced Space Systems and Concepts Group, which has focused on the design of novel electro-optical systems for surveillance and communications, and became its Leader.

Mr. Candell has contributed to cutting-edge imaging systems, ranging from gigapixel cameras for persistent surveillance to million-frame-per-second cameras for analyzing missile defense missions. He has developed not only ground-based advanced sensor prototypes, but also sensor prototypes for air, rocket, and space platforms. He was the associate program manager for the Mars Laser Communications Demonstration, responsible for the development of a distributed aperture receiving system that could successfully decode with efficiencies of nearly 3 bits/photon. He has been a key leader across the entire spectrum of the Space Systems and Technology Division's system and technology programs, and was recognized in 2006 with an MIT Lincoln Laboratory Technical Excellence Award.

In addition, Mr. Candell has served as a member and co-chair of the New Technology Initiatives Board and the Strategic Core Technology Group. He has also been involved with management effectiveness at the Laboratory, serving as the chair of the Group Leader Management Effectiveness Committee and helping to organize the Group Leader Offsite programs.

He holds SB and SM degrees in electrical engineering and an SB degree in management, all from MIT.