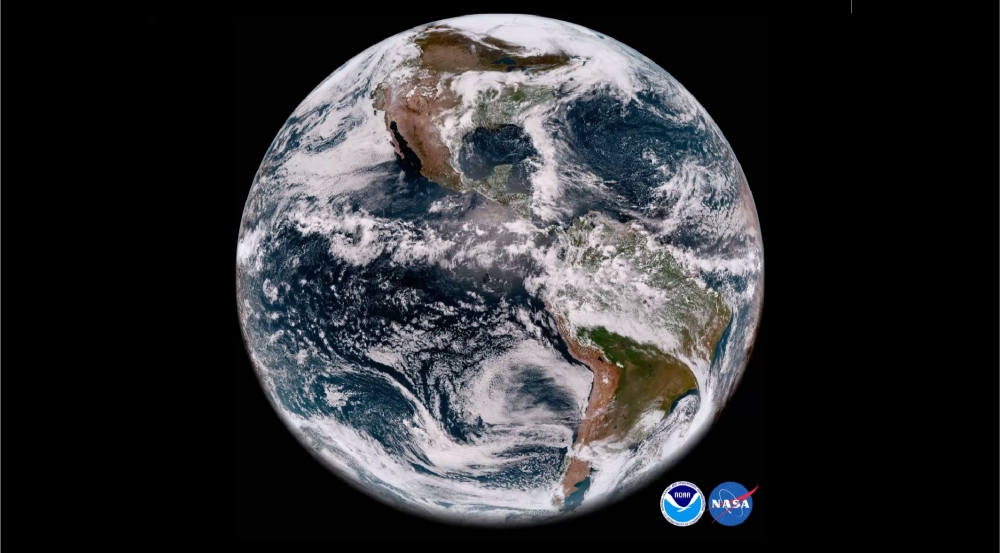 Imagery from the GOES-16 Advanced Baseline Imager is improving scientific knowledge of severe storms and is exciting forecasters. Image: NASA/NOAA

Lincoln Laboratory staff have worked closely with the National Oceanic and Atmospheric Administration (NOAA) and NASA for 20 years on the development and implementation of NOAA's Geostationary Operational Environmental Satellite (GOES)-R series space and ground systems. Declared operational on December 18, 2017, GOES-16 (formerly GOES-R) monitors the atmosphere, ocean, land, and space for severe weather from a 22,236-mile altitude at 75 degrees west longitude.

Because severe weather can develop quickly and be localized, NOAA needed faster imagery refresh rates and the ability to rapidly observe both smaller and larger regions of interest. This imagery improves forecasts and warning lead times. Our staff enabled these advancements to the GOES-16's key instrument, the Advanced Baseline Imager (ABI), by proving test results and insights on the use of large focal plane array detector technology for faster areal coverage. We have worked to prove that new technologies could be employed effectively in an operational system. The ABI yields 5 times faster coverage, with 4 times better resolution, and 3 times the spectral bands than the previous GOES systems. GOES-16 imagery of hurricanes during the summer of 2017 was invaluable for forecasters, particularly during Puerto Rico's ground radar loss resulting from Hurricane Maria. GOES-R series capabilities will double storm warning lead times.

Our scientists and engineers have provided technical assessment and guidance during the development and implementation of the six satellite instruments, the spacecraft's RF communications that provide data to Earth, and the ground system that receives those data. For the GOES Geostationary Lightning Mapper that provides real-time location and tracking of lightning intensity, we collaborated to develop lightning detection requirements and solve algorithm and instrument hardware problems.

We continue to support the GOES-R series and future NOAA missions. GOES-17 (formerly GOES-S) launched on March 1, 2018, and is now operational. We are examining data for GOES-17, suggesting improvements to optimize data, and are contributing to the implementation of GOES-T and GOES-U, nominally planned to launch in 2021 and 2024, respectively. We are also participating in a national study on future architectures and technologies for NOAA satellites into the 2030s.