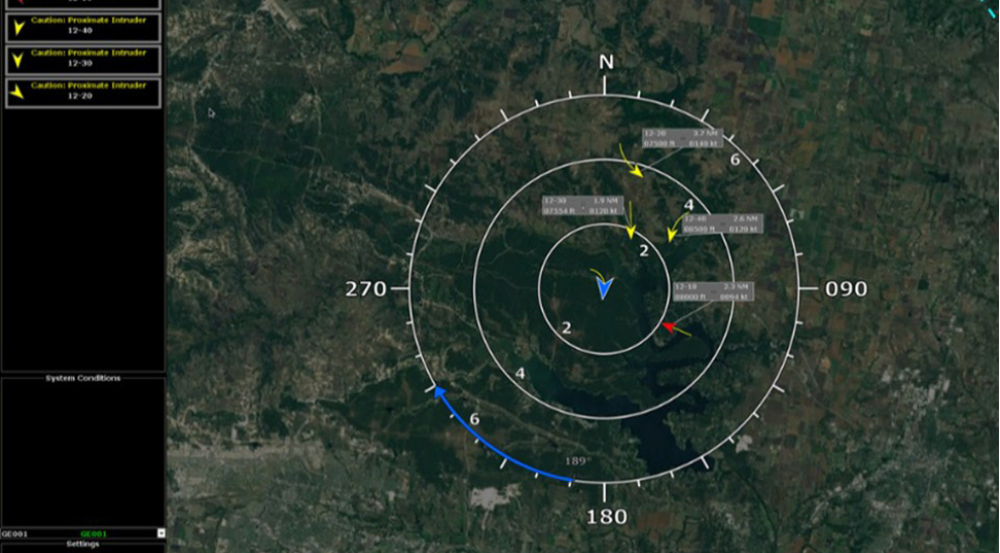 All aircraft flying in the National Airspace System (NAS) must comply with Federal Aviation Regulations (FARs) requirements to "remain well clear" of other aircraft. For uncrewed aircraft systems (UAS) to comply, they must mitigate their inability to "see" in the traditional sense (i.e., having a pilot onboard to visually spot other aircraft) and use alternative technological solutions to meet these requirements. Lincoln Laboratory in partnership with the U.S. Army Program Manager Unmanned Aircraft Systems developed the Ground-Based Sense-and-Avoid (GBSAA) system to provide this solution. It is the only available ground-based sense-and-avoid system certified by the Federal Aviation Administration (FAA) for routine use in the NAS.

To locate aircraft that may pose a collision threat, GBSAA uses existing FAA radars and GBSAA-specific 3D radars to create a comprehensive fused air picture. Advanced algorithms process radar data to analyze aircraft locations and estimate the risk other aircraft pose to the UAS. The system then issues prioritized warnings and provides maneuver guidance to either the GBSAA Operator (who monitors the GBSAA Alert and Traffic displays) or the Aircraft Operator (who flies the UAS) in a Ground Control Station. The system works for any size UAS flying within radar coverage, and does not require the UAS to carry additional equipment.

Today, the GBSAA system has surpassed 16,500 hours of operation, providing safe access to the NAS for more than 8,295 Department of Defense UAS flights. It is operational at nine U.S. Army and Air National Guard sites with four more in development. A transportable GBSAA system has also been developed to support field exercises, and has already begun fulfilling this capability by supporting Northern Strike in Alpena, Michigan.