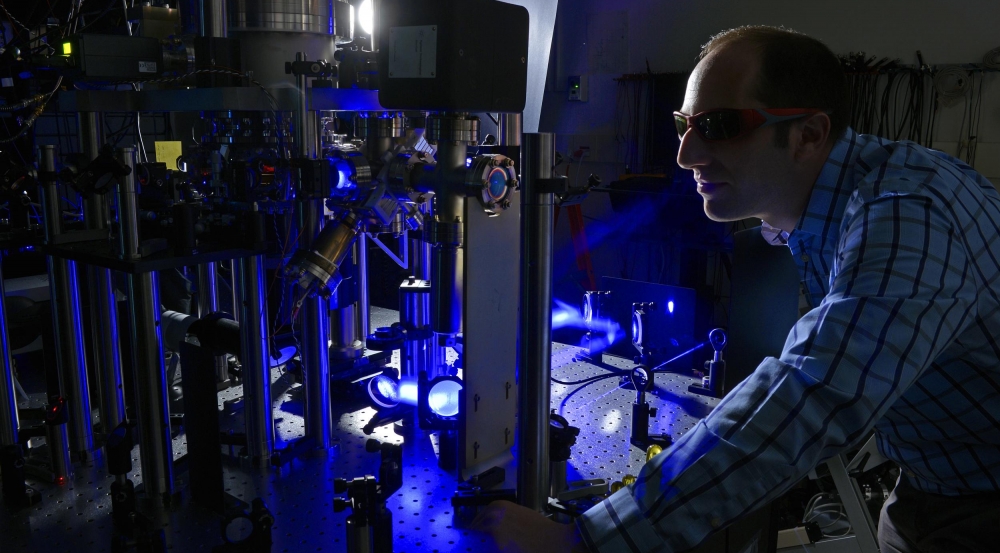 Researchers at Lincoln Laboratory are studying methods to use trapped ions for large-scale quantum information processing.

Quantum computing could solve problems that are beyond the capabilities of the world's most powerful classical supercomputers. This ability could change our world: enabling new methods to decrypt data, faster molecular analysis to design better drug treatments, and computations to solve complex optimization problems.

To realize quantum computing's potential, researchers are exploiting the fundamentally different ways that information can be stored and manipulated through quantum physics as compared to classical physics. The quantum bits, or "qubits," of a quantum computer can be made from a number of physical systems. At Lincoln Laboratory, we are investigating two such physical systems: (1) ion traps for capturing single atoms and (2) Josephson junction–based superconducting circuits. In particular, we are working to scale up systems of qubits to a size large enough to address real computational problems.

The trapped-ion quantum computing facility contains several cryogenically cooled ultrahigh vacuum systems. We use these systems to house micro-fabricated chips that trap individual strontium and calcium ions above their surface. We manipulate the trapped ions, using lasers and other electromagnetic fields, to perform quantum-processing operations.