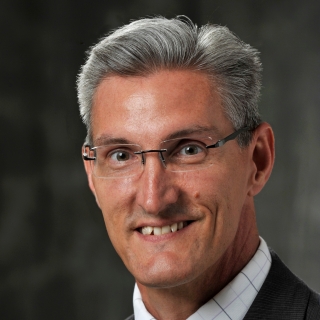 Dr. Gregg A. Shoults is the Associate Leader of the Surveillance Systems Group at MIT Lincoln Laboratory. In this role, he is responsible for the research and development of surveillance systems and decision support architectures in support of the Federal Aviation Administration, the Department of Defense, and the Department of Homeland Security.  His major research efforts span the development of the NextGen Airborne Collision Avoidance System (ACAS X) and the Automatic Dependent Surveillance–Broadcast (ADS-B), the development of runway safety and incursion monitoring capabilities, and the integration of unmanned aircraft systems into the national airspace.

Dr. Shoults joined Lincoln Laboratory in 1996 as a technical staff member in the Air, Missile, and Maritime Defense Technology Division, conducting systems analysis on missile defense architectures for theater and strategic ballistic missile systems.  He served a four-year field assignment at the Reagan Test Site on Kwajalein Atoll in the Marshall Islands as a radar systems engineer and test director.  Upon his return, he led the Laboratory’s Test and Evaluation Program supporting the Missile Defense Agency in conducting missile flight tests to collect data on reentry vehicle countermeasures.  In 2007, he entered into an Intergovernmental Personnel Act (IPA) assignment with the Missile Defense Agency, serving as the chief scientist of the Ground-Based Missile Defense Program.

Prior to joining the Laboratory, Dr. Shoults worked at the McDonnell Aircraft Company in St. Louis, Missouri, where he was a member of the navigation and air to ground weapon delivery group on the F/A-18 fighter aircraft program and supported internal research and development efforts in the area of navigation, guidance and control.