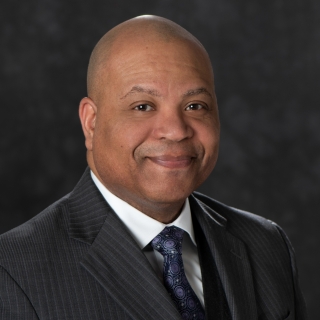 Chevalier "Chevy" Cleaves is the inaugural Chief Diversity and Inclusion Officer at Lincoln Laboratory.  A four-time CDIO (higher education, industry, government, R&D), Chevy is an experienced executive leader skilled in building and influencing coalitions to help further connect the application of diversity and inclusion (D&I) to an organization’s core strategy and goals. He has proven experience leading high-profile initiatives across national and international landscapes.  Chevy is an expert in optimizing best practices across large government and private sector organizations, enabling increased collaboration, innovation, and productivity. He helps leaders develop a clear vision of how to maximize D&I across employee and operations life cycles to leverage all talent, enhance performance, and create a strategic advantage.

As the inaugural Chief Diversity Officer for the United States Air Force, Chevy was also a member of the Federal Senior Executive Service.  In this role, he was responsible for leading D&I transformation for the Air Force’s 500,000 uniformed and 140,000 civilian workforces.  This transformation included creating sustainable change while integrating visionary leadership with operational and talent management strategies and processes.

Chevy was previously recruited to become the first Chief Diversity Officer and to lead D&I from inception to implementation for an innovative Fortune 300 company in a highly regulated industry.  He partnered with the Board of Directors, CEO, Chief Human Resources Officer, Division Presidents, and the Executive Committee to create and deliver a transformational competitive advantage. His team’s efforts immediately improved benchmarking results while identifying markets where lines of business could be further penetrated to increase topline earnings.

Prior to this role, Chevy was nominated by the President and confirmed by the Senate to lead the Air Force Academy Admissions Directorate, where the Superintendent selected him as the first Head of Diversity and Inclusion.  He worked directly with the Academy leadership team, Board of Visitors, Association of Graduates, Falcon Foundation, and Congressional leaders to identify, select, advance, and graduate the best and most well-rounded talent from every state in the nation. He presented his team’s tremendous results to the Congressional Tri-Caucus and the Military Leadership Diversity Committee, leading to widespread acclaim from senior Air Force and Congressional leaders.

Chevy retired from active duty after a career as an instructor pilot, commander, and airpower strategist, and was the lead T-38 Evaluator for the B-2 Bomber Initial Cadre selection process.  He played a critical role in the response to the September 11 attacks as the lead Checkmate (USAF Air/Space Strategy Division) team chief, and commanded a total force flying squadron and later as a Joint Staff division chief responsible for delivering Integrated Joint Special Technical Operations capabilities to unified commanders while driving formation of the Information Operations Career Force. Chevy has an MS degree in strategy and planning from the National Defense University, an MA degree in human resource development from Webster University, and a BS degree in basic sciences from the Air Force Academy, and is a Cornell University Certified Diversity Professional/Advanced Practitioner.  He is the recipient of multiple awards and decorations, including the Defense Superior Service Medal.