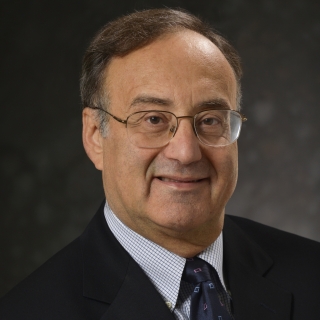 After many years as the leader of the Human Language Technology Group, now the Artificial Intelligence Technology and Systems Group, Dr. Clifford J. Weinstein was appointed to the position of principal staff in the Cyber Security and Information Sciences Division, effective 1 November 2016.

As the leader of the Human Language Technology (HLT) Group, Dr. Weinstein has been engaged in initiating, leading, and contributing to a wide range of projects focusing on the processing of both speech and text. These HLT research and development projects include speech recognition; speech coding; speech enhancement; speaker recognition; language and dialect identification; word and topic spotting; speech and audio signal enhancement; machine translation; extraction of entities, links, and events from both speech and text; and analysis of social networks based on information content extraction from speech and text.

Dr. Weinstein joined Lincoln Laboratory as an MIT graduate student in 1967. His doctoral thesis, done at Lincoln Laboratory, includes fundamental early contributions to the analysis of finite word length effects in digital signal processing. He was promoted to Group Leader in 1979, and has been the Leader of the HLT Group and its predecessors continuously since 1979, covering a range of technical areas including packet networking and cyber security, and HLT. He has made technical contributions and carried out leadership roles in research programs in speech recognition, speech coding, machine translation, speech enhancement, social network analysis, packet speech communications, information assurance and cyber security, integrated voice/data communication networks, digital signal processing, and radar signal processing.

Dr. Weinstein has published numerous papers in these areas, six of which were selected for reprint in IEEE Press books. His early work and landmark 1983 paper on packet speech helped lead to Lincoln Laboratory's first IEEE Milestone, awarded in 2011 for First Real-Time Speech Communication on Packet Networks. He has coauthored two papers which won Best Paper awards, one at MILCOM 2004 on robust collaborative multicast, and one at IEEE Aerospace 2009 on research in social network analysis and intent recognition, addressing the connect-the-dots problem in counter-terrorism.

Dr. Weinstein was recognized with the 2012 MIT Lincoln Laboratory Technical Excellence Award, with the following citation: "For his nationally recognized leadership in the field of human language technology and his technical contributions to a broad spectrum of communications technologies, including digital signal processing, speech communications in packet networks, speech recognition and machine translation, and automated social network analysis."

In 1999, he was appointed to the DARPA Information Sciences and Technology (ISAT) Panel, a group which provides DARPA with continuing assessments of the state of advanced information science and technology and its relationship to Department of Defense issues. As an ISAT member (1999-2003), he co-chaired a 2001 ISAT study on Vigilant High Confidence Systems and a 2003 ISAT study on Automated Intent Recognition on Distributed Organizations.