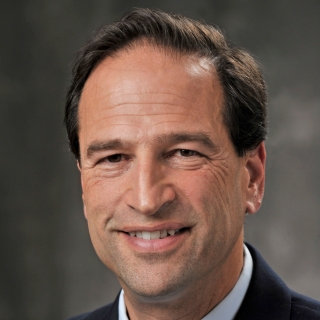 David R. Granchelli is the manager of the Communications and Community Outreach Office (CCOO). The group was formed as part of the Director's Office to raise awareness of the Laboratory's technical programs and to have an impact on K–12 science, technology, engineering, and mathematics (STEM) educational initiatives. Mr. Granchelli has led the group in the refresh of the Lincoln Laboratory external website, the development of a new technical annual report, and the creation of several new external communications publications. In 2011, the CCOO led several projects and events in celebration of the Laboratory's 60th Anniversary, most notably a 600-page history book, 60th Anniversary timeline, Open House event, 60 Innovations over 60 Years publication, a gala held at the Museum of Fine Arts, Boston, and Lincoln Laboratory exhibits and demonstrations at MIT's 150th Anniversary Convocation and Open House.

The CCOO manages the Laboratory's extensive K–12 STEM program, which includes an annual two-week radar workshop for high-school seniors. The office has significantly expanded STEM outreach, promoting internships for high-school students, science fair participation, involvement in after-school programs at local schools, and partnerships with MIT's Office of Engineering Outreach Programs for underserved communities. Mr. Granchelli has organized the Laboratory's annual Daughters and Sons Days events since their inception in 1993. More than 50 students who have participated in the Laboratory's STEM programs are currently STEM majors or have obtained internships at engineering organizations.

Mr. Granchelli joined Lincoln Laboratory in 1992. Prior to his current position, he was a group leader in the Technical Communications Group. He was previously employed at Draper Laboratory for ten years as a member of the publications management team. He is a member of the Research Institute Communications Executives, the National Defense Education Program, and the MetroWest STEM Advisory Council. At Lincoln Laboratory, he has led formal mentoring groups and informally mentors several staff members each year. Mr. Granchelli is the recipient of two MIT Excellence Awards: in 2011, he was presented with an Unsung Hero Award for his efforts to connect the wider community with the Laboratory's scientists and engineers and to transform a fledgling outreach initiative into a structured program; in 2012, as part of the 60th Anniversary Planning Team, he received a Bringing Out the Best Award for planning and managing the Laboratory's 60th Anniversary commemorative publications and celebratory events.