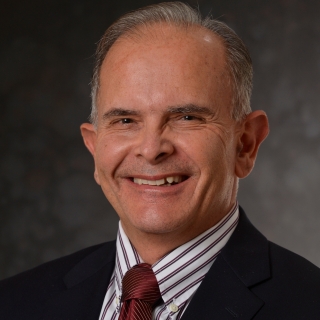 Mr. Martinez has held many past Laboratory leadership roles, including Leader of the Embedded Digital Systems Group and Head of the ISR Systems and Technology Division. Mr. Martinez also served in a leadership role as President and Chairman of Mercury Federal Systems. In 2011, Mr. Martinez became Principal Staff in the Communication Systems and Cyber Security Division, where he focused on technical and programmatic development in the areas of cybersecurity, enterprise architectures, system applications, and cloud computing.

Early in Mr. Martinez' career at the Laboratory, he led major accomplishments through the development of a series of unique high-performance embedded computing processors for a classified Laboratory program. The processor work for this program was successfully transitioned to a major defense acquisition program, and the influence of the technology work that he co-developed continues to have an impact in the Department of Defense. He was elected an IEEE Fellow "for technical leadership in the development of high-performance embedded computing for real-time defense systems." In 2008, he and his co-authors released a successful book entitled High Performance Embedded Computing Handbook, which is highly referenced within the embedded computing research community. Mr. Martinez also had a major role in establishing the Laboratory's High Performance Embedded Computing (HPEC) workshop, which transitioned in 2012 to become a major annual IEEE conference.

Prior to joining Lincoln Laboratory, he was employed as a principal research engineer at ARCO Oil and Gas Company, specializing in adaptive seismic signal processing. He received the ARCO special achievement award. He holds three U.S. patents based on his work in signal processing for seismic applications.

Mr. Martinez holds a BS degree from NMSU, an SM degree from MIT, and an EE degree jointly from MIT and the Woods Hole Oceanographic Institution in electrical engineering and oceanographic engineering. He completed an MBA at the Southern Methodist University. From 1999 to 2004, Mr. Martinez served as a member of the Army Science Board. From 2007 to 2008, he served on the Defense Science Board ISR Task Force.