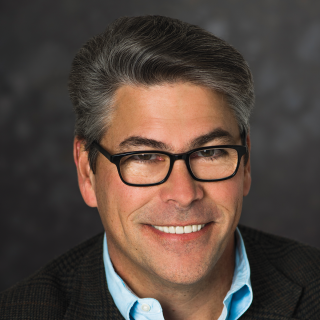 Dr. Douglas A. Reynolds, a senior member of the technical staff at MIT Lincoln Laboratory since 1998, provides technical oversight of the speech projects in speaker and language recognition and speech-content-based information retrieval. Current research in the area of speaker recognition is focused on applying recognition techniques to multispeaker speech and improving the performance of recognition systems under mismatched channel conditions.

Dr. Reynolds joined what is now the Artificial Intelligence Technology and Systems Group as a member of the technical staff in 1992. He conducted research in the areas of robust speaker recognition (identification and verification), transient classification, and robust speech representations for recognition. During this period, he invented and developed several widely used techniques in the area of speaker recognition, such as robust modeling with GMMs, application of a universal background model to text-independent recognition tasks, the use of Bayesian adaptation to train and update speaker models, fast scoring techniques for GMM based systems, use of a handset/channel-type detector, and several normalization techniques based on the handset/channel-type detector.

In 2002, Dr. Reynolds led the SuperSID project at the Johns Hopkins University Summer Workshop, where new approaches to exploiting high-level information for improved speaker recognition were explored. These and other ideas have been implemented in Lincoln Laboratory’s speaker recognition system, which has won several annual international speaker recognition evaluations conducted by the National Institute of Standards and Technology. The research into combining robust speaker verification with other forms of authentication for highly secure information and/or account access has resulted in two pending patents.

Dr. Reynolds is a Fellow of the IEEE and a member of the IEEE Signal Processing Society's Speech Technical Committee, and he has worked to launch the Odyssey Speaker Recognition Workshop series. He received his BEE degree in 1986 and his PhD degree in 1992, both from the Georgia Institute of Technology.