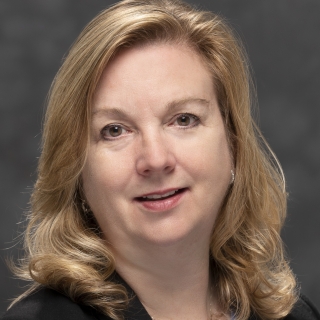 Heidi C. Perry is the Chief Technology Officer at MIT Lincoln Laboratory. She previously held the position of Assistant Head of the Air, Missile, and Maritime Defense Technology Division, where she focused on enhancing the division’s efforts to develop advanced naval undersea and surface fleet systems and technology. She joined Lincoln Laboratory as a principal staff member in that division in September 2018.

She has also served in many project leadership roles at Draper and in previous assignments at IBM Federal Systems as an avionics engineer and at General Electric as a systems engineer on the AN/BSY-2 submarine combat system. Ms. Perry has also been affiliated for more than 11 years with the National Academies of Sciences, Engineering, and Medicine, including being a long-standing participant in their Naval Studies Board. She was the co-chair for the Naval Studies Board investigation into mainstreaming unmanned undersea vehicles. She was appointed as the chair of the National Academies Transportation Research Board committee for the Update of the National Naval Responsibility for Naval Engineering project.