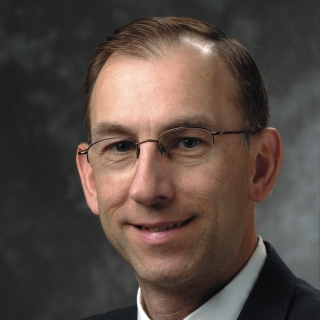 Dr. Ward joined the Laboratory in 1990, initially focusing on radar signal processing and space-time adaptive processing for advanced ground-based and airborne surveillance radars. This work influenced a number of radar systems, including the Navy's E-2D Advanced Hawkeye airborne early warning radar. He has led Laboratory efforts in submarine sonar and undersea surveillance technology development, maritime radar, and other ISR system technology. His prior technical leadership positions include Assistant Head of the ISR and Tactical Systems Division and Leader of the Advanced Sensor Techniques Group.

Dr. Ward is an author of more than 25 papers and a widely referenced technical report on space-time adaptive processing. He is a Fellow of the IEEE and a recipient of the MIT Lincoln Laboratory Technical Excellence Award. In 2003, he received the IEEE Aerospace and Electronic Systems Society Fred Nathanson Young Radar Engineer Award for contributions to adaptive radar and sonar signal processing. He is a past member of the National Academies of Sciences Naval Studies Board and has served on the Air Force Scientific Advisory Board. Dr. Ward holds a BS degree from the University of Dayton, and MS and PhD degrees in electrical engineering from the Ohio State University.