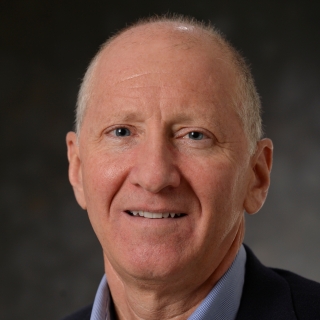 Dr. Jeffrey S. Herd is the Leader of the RF Technology Group, which develops and demonstrates innovative RF technologies as solutions to emerging national security needs in radar, electronic warfare, and communications. In addition to directing these group activities, he is the Laboratory lead for internally funded research on RF systems.

Prior to joining the Laboratory in 1999, Dr. Herd worked in the Sensors Directorate of the Air Force Research Laboratory, where he developed phased array antenna technologies, including wideband scanning arrays, multi-frequency antennas, conformal arrays, and digital beamforming arrays. From 1992 to 1994, he was a visiting scientist at the Institute for High Frequency Physics at the German Aerospace Research Establishment (DLR) in Munich, Germany.

Dr. Herd has published over 50 technical journal and conference papers, and is a Fellow of the IEEE. He served as an elected Administrative Committee member for the IEEE Antennas and Propagation Society, and has been on the Steering Committees for multiple international symposia. He was General Chair of the IEEE International Symposium on Phased Array Systems and Technology in 2013 and 2016, and is currently serving as General Chair for the 2019 conference. In 2012-2014, he served on the National Academy of Sciences panel for Active Scientific Uses of the Radio Spectrum.

Dr. Herd received his BS, MS, and PhD degrees, all in electrical engineering, from the University of Massachusetts Amherst.