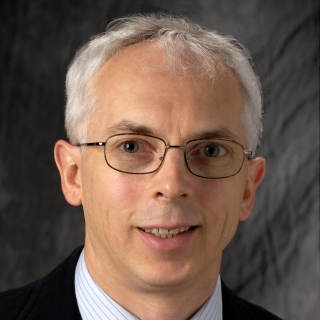 Dr. John J. Zayhowski is a senior staff member in the Laser Technology and Applications Group, where his work focuses on the development, miniaturization, and hardening of lasers and laser-based systems for real-world applications.

Dr. Zayhowski joined the Quantum Electronics Group at Lincoln Laboratory as a staff member and was later promoted to senior staff. He received an MIT Lincoln Laboratory Technical Excellence Award for "sustained technical contributions, both research and engineering, in the area of microchip lasers for advanced sensing applications" and was recognized as a Fellow of the Optical Society of America (OSA) for his "seminal contributions in miniature solid-state laser technology and laser applications, and for pioneering work on microchip lasers."

Dr. Zayhowski's work on microchip lasers enabled the Laboratory's highly successful biodefense and three-dimensional airborne ladar programs of the 1990s and 2000s, as well as four start-up companies. He worked closely with the start-ups and several well-established commercial organizations to ensure that the microchip laser technology he developed at Lincoln Laboratory was successfully transitioned to industry. More recently, his focus has shifted to higher-power solid-state and fiber laser systems.

Within Lincoln Laboratory, Dr. Zayhowski served as chairman of the Advanced Concepts Committee and as a member of the New Technology Initiatives Board. He also served as a member of the OSA Science and Engineering Council, program and general chair of the Advanced Solid-State Photonics Conference and the Conference on Lasers and Electro-Optics, topical editor for Optics Letters, and member of several Department of Defense, Department of Homeland Security, and NASA review boards. He has been awarded 21 U.S. patents, licensed to 16 companies; given numerous seminars to industry and academia; and authored or coauthored more than 170 book chapters, technical papers, and conference presentations. His work has been recognized with numerous awards, including three R&D 100 Awards.