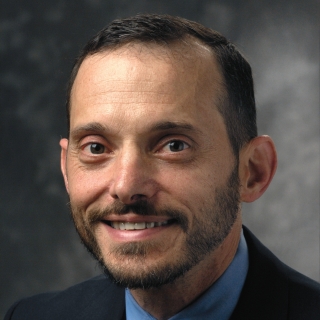 Dr. Marc A. Zissman is Associate Head of the Cyber Security and Information Sciences Division at MIT Lincoln Laboratory. In this role, he shares responsibility for strategic direction and technical oversight of 300 staff in six technical groups performing system analysis, architecture engineering, technology development, prototyping, deployment, and quantitative assessment of cyber-related components and systems for Department of Defense and other national security sponsors.

Dr. Zissman joined the Laboratory in 1983, and his early research focused on digital speech processing, including parallel computing for speech coding and recognition, co-channel talker interference suppression, language and dialect identification, and cochlear-implant processing for the profoundly deaf. After working for one year in the Department of Defense under the Intergovernmental Personnel Act program, he expanded his research interests to include cyber security technology. He served in a series of Laboratory leadership roles, including Associate Leader of the Human Language Technology Group, Leader of the Wideband Tactical Networking Group, and Assistant Head of the Communication Systems and Cyber Security Division. He had responsibility for developing and executing a strategic plan for growing the Laboratory's cyber security research, development, evaluation, and technology transfer efforts.

In addition to working at Lincoln Laboratory, Dr. Zissman served for four years as a U.S. technical specialist to the NATO IST-011/TG-001 task group, which studies military applications of speech technology for NATO. He was elected to and served for four years on the Speech Processing Technical Committee of the IEEE Signal Processing Society. He also served for four years on the Defense Advanced Research Projects Agency (DARPA) Information Science and Technology Study Group. He worked for six months as part of the U.S. Southern Command (USSOUTHCOM) and Joint Task Force-HAITI team that responded to the January 2010 earthquake in Haiti, and he worked on-site in Port-au-Prince for two months during that time. From 2011 through 2020 he served as a member of the Army Science Board, for which he led studies for senior Army leadership on the future of telemetry and the battlefield uses of artificial intelligence. He is a board member of the non-profit Boston-based Advanced Cyber Security Center, and he serves as a member of the Massachusetts Cybersecurity Strategy Council. Since March 2020, he has been part of the MIT / MA General Hospital team leading PACT (Private Automated Contact Tracing), a project that is enhancing contact tracing in pandemic response by designing exposure detection functions in personal digital communication devices to have maximal public health effectiveness while preserving privacy.

Dr. Zissman holds an SB degree in computer science and SB, SM, and PhD degrees in electrical engineering, all from MIT.