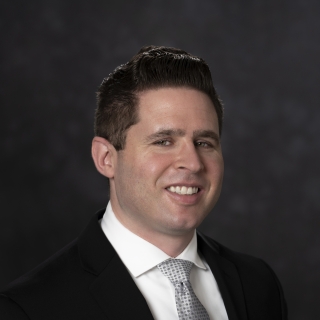 Dr. Nathan J. Falkiewicz is a technical staff member in the Structural and Thermal-Fluids Engineering Group at MIT Lincoln Laboratory. Since joining the Laboratory in 2014, he has been involved in the development of a variety of airborne systems, spanning subsonic through hypersonic speeds. With expertise in the areas of computational fluid dynamics, multidisciplinary modeling and simulation, hypersonics, and high-performance computing, Falkiewicz led the expansion of his group’s capabilities in the areas of multidisciplinary modeling and simulation of airborne systems. These capabilities were then applied to a variety of efforts. An established technical leader in multidisciplinary modeling of hypersonic vehicles, he has worked on multiple programs performing aero-thermal-structural simulation of hypersonic vehicles. His work has helped shape the Department of Defense (DoD)'s strategy in the area of hypersonics.

Since 2017, Falkiewicz has served as the aerodynamics lead on a major aircraft recapitalization program in support of the Laboratory's Tactical Defense Systems Group. In 2019, he was selected to join the multiorganizational DoD High Performance Computing Modernization Program’s development team for the Kestrel simulation environment, providing expertise in aero-thermal-structural simulation of hypersonic vehicles. Additionally, he performs aerodynamic modeling and simulation in support of the Lincoln Laboratory Flight Test Facility on a variety of airborne programs.

Prior to joining Lincoln Laboratory, Falkiewicz was a member of the Loads and Aeroelasticity Group at Boeing Research and Technology, where he developed methods for multidisciplinary simulation of hypersonic vehicles, researched advanced methods for aircraft aero-structural optimization, and led an enterprise-wide Aeroelasticity Community of Excellence.

Elected as a 2021 Associate Fellow of the American Institute of Aeronautics and Astronautics (AIAA), Falkiewicz has published numerous journal and conference papers on hypersonic multidisciplinary simulation and computational modeling of airborne systems. As a member of the AIAA Structural Dynamics Technical Committee from 2013 to 2020, he served as the chair of the Publications subcommittee and as a member of the Educational Outreach subcommittee. He serves as a reviewer for the AIAA Journal, Journal of Aircraft, and Journal of Fluids and Structures.

Falkiewicz holds a BS degree in aeronautical engineering and mechanical engineering from Rensselaer Polytechnic Institute, and MS and PhD degrees in aerospace engineering from the University of Michigan. His doctoral research focused on aerothermoelastic modeling methods for hypersonic vehicles and contributed to the work of the Michigan/AFRL Collaborative Center in Control Sciences.