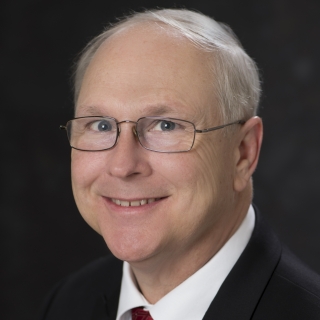 Robert A. Bond is Principal Staff in the Technology Office at MIT Lincoln Laboratory. He contributes to the office's development of the Laboratory's long-term technology strategy and the coordination of collaborative research with MIT campus.

Prior to his appointment as Principal Staff, Mr. Bond served as the Laboratory's Chief Technology Officer. He formerly was the Associate Head of the Intelligence, Surveillance, and Reconnaissance (ISR) and Tactical Systems Division. In his career, he has focused on the research and development of high-performance embedded signal and image processors and algorithms. He has led research initiatives in a wide range of ISR computing technologies spanning custom very-large-scale integration (VLSI) circuits, parallel processors, nonlinear signal processing, graph detection theory, and parallel processing middleware. Prior to coming to Lincoln Laboratory, he worked at CAE Ltd. on flight simulators and then at Sperry, where he developed naval command and control applications.

Mr. Bond joined Lincoln Laboratory in 1987. In his first assignment, he was responsible for the development of the software architecture and later the radar system integration of the Mountaintop radar, a follow-on to the Radar Surveillance Technology Experimental Radar. In the early 1990s, he conducted seminal studies to evaluate the use of massively parallel processors (MPP) for real-time signal and image processing. Later, he led the development of a 1000-processor MPP for radar space-time adaptive processing and a custom VLSI processor for high-throughput radar signal processing. In 2001, he led a team in the development of the Parallel Vector Library, a novel middleware technology for portable and scalable high-performance parallel signal processors. In 2003, he was one of two researchers to receive the MIT Lincoln Laboratory Technical Excellence Award for his "technical vision and leadership in the application of high-performance embedded processing architectures to real-time digital signal processing systems."

Recently, Mr. Bond has been involved in research into complex systems, open systems architectures, cloud and grid computing, graph and network-based algorithms, and advanced computing technologies. He earned a BS degree (honors) in physics from Queen's University, Ontario, Canada in 1978.