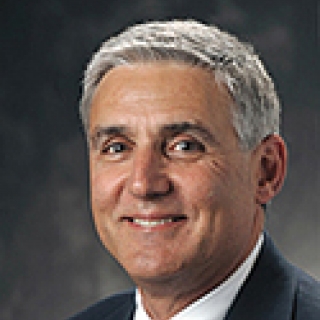 From 2009 to 2014, Dr. Bussolari was a member of the Director's Office staff at Lincoln Laboratory, responsible for strategic initiatives. In this capacity, he led the ongoing evolution of the Laboratory's five-year mission plan and assisted in the Laboratory's interactions with senior leaders in government and industry.  Prior to holding this position, he was associate head of the Homeland Protection and Tactical Systems Division, where he managed the air traffic control mission area. Previously, as leader of the Air Traffic Control Systems Group, he was responsible for the development of communications, navigation, surveillance, and air traffic management technology for the Federal Aviation Administration (FAA) and the DoD.

From 1983 through 1989, Dr. Bussolari was the Charles Stark Draper Assistant Professor of Aeronautics and Astronautics at the Massachusetts Institute of Technology (MIT), where he was principal investigator on NASA research grants in the area of aerospace human-factors engineering as applied to flight simulation, cockpit automation, and human performance in weightlessness. In addition, he was Director of Flight Operations for the Daedalus Human-Powered Aircraft Project, which set world distance and duration records with a flight between the Greek islands of Crete and Santorini in 1988. In support of the Daedalus Project, he was responsible for the selection and training of the Daedalus pilot-athletes, performed research in the physiological limits of human endurance, and served as engineering test pilot in the prototype aircraft. Dr. Bussolari has also held the post of foreign lecturer at the École Nationale Supérieure D'Arts et Metiers in Angers, France.

Dr. Bussolari is an Associate Fellow of the American Institute of Aeronautics and Astronautics and is the author of numerous refereed journal articles and conference papers. He was among the recipients of the 2007 Collier Trophy for his work on Automatic Dependent Surveillance–Broadcast for the FAA. He has participated in numerous national studies for the FAA and DoD and currently serves on the FAA Research Engineering and Development Advisory Committee. He holds a BS degree in mechanical engineering from Union College, and SM and PhD degrees in mechanical engineering from MIT.