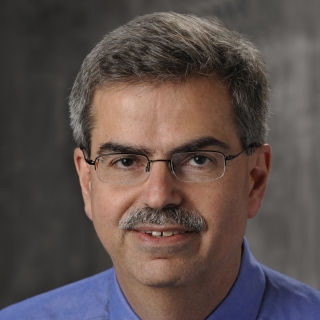 Thomas F. Quatieri is currently a senior member of the technical staff in the Bioengineering Systems and Technology Group at Lincoln Laboratory, where he is involved in bridging human language and bioengineering research and technologies. Within this group, he has initiated and developed major R&D and technology transition programs in speech and auditory signal processing and neuro-biophysical modeling with application to detection and monitoring of neurological, neurotraumatic, and cognitive stress conditions. He also holds a faculty appointment in the Harvard-MIT Speech and Hearing Bioscience and Technology Program.

Dr. Quatieri has authored or coauthored more than 200 publications, including journal articles, conference papers, and book chapters, and is the author of the textbook "Discrete-Time Speech Signal Processing: Principles and Practice" (Prentice-Hall, 2001). He also holds 11 patents. He developed the MIT graduate course Digital Speech Processing and is active in advising graduate students on the MIT and Harvard campuses

He has served on the IEEE Digital Signal Processing Technical Committee, the IEEE Speech and Language Technical Committee, and the IEEE James L. Flanagan Speech and Audio Awards Committee. He has been an associate editor for the IEEE Transactions on Signal Processing in the area of nonlinear systems and is currently an associate editor of the Computer, Speech, and Language journal in the area of neurological disorders. He has also served on National Institutes of Health and National Science Foundation panels. He has been an invited speaker at numerous conferences and workshops, most recently as a keynote speaker at the 2019 Speech Science and Technology Conference.