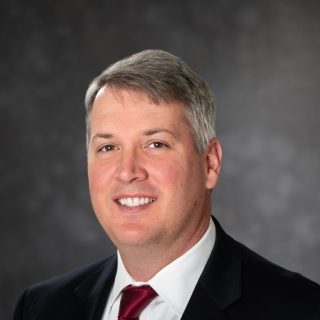 Dr. William J. Blackwell is a Laboratory Fellow in the Applied Space Systems Group at MIT Lincoln Laboratory, where he leads a number of projects involving atmospheric remote sensing, including the development and calibration of airborne and space-borne microwave sensors, the retrieval of geophysical products from remote radiance measurements, and the application of electromagnetic, signal processing, and estimation theory.

Blackwell has served as associate editor of the IEEE Transactions on Geoscience and Remote Sensing and the IEEE Geoscience and Remote Sensing Society (GRSS) Magazine, cochair of the IEEE GRSS Remote Sensing Instruments and Technologies for Small Satellites working group, the NASA Aqua science team, and the National Academy of Sciences Committee on Radio Frequencies. He is currently the principal investigator on the NASA TROPICS Earth Venture mission. He was previously the Integrated Program Office sensor scientist for the Advanced Technology Microwave Sounder on the Suomi National Polar Partnership launched by NOAA in 2011 and the Atmospheric Algorithm Development team leader for the National Polar-orbiting Operational Environmental Satellite System (NPOESS) Microwave Imager/Sounder.

Blackwell received the MIT Lincoln Laboratory Technical Excellence Award in 2019 for his "innovative contributions to the science and practice of environmental monitoring." He was selected as a 2012 recipient of the IEEE Region 1 Managerial Excellence in an Engineering Organization Award "for outstanding leadership of the multidisciplinary technical team developing innovative future microwave remote sensing systems." In 2009, he was presented with the  NOAA David Johnson Award for his work in neural network geophysical parameter retrievals and microwave calibration and is coauthor of "Neural Networks in Atmospheric Remote Sensing" (Artech House, 2009) and "Microwave Radar and Radiometric Remote Sensing" (Artech House, 2015). Blackwell has also been an author of more than 180 publications related to atmospheric remote sensing. He is a Fellow of the IEEE and an Associate Fellow of the AIAA.