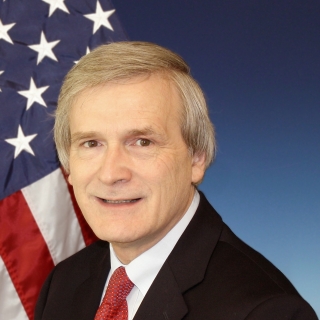 Dr. David C. Shaver is a Laboratory Fellow in MIT Lincoln Laboratory's Space Systems and Technology Division. He recently returned from government service at the Defense Advanced Research Projects Agency (DARPA), where he was a program manager in the Strategic Technology Office, leading several satellite programs. At DARPA, he also served as Chief Scientist for the Air Dominance Initiative and prior to that as the Deputy Director of the Microsystems Technology Office.

Before his tour at DARPA, Dr. Shaver was the Head of the Advanced Technology Division at Lincoln Laboratory from 1994 to 2012. He oversaw research in such areas as high-performance imaging sensors, deeply scaled silicon microelectronics, solid-state lasers, optoelectronics, photonics, superconductive devices, quantum computing and biological agent sensors. Before becoming Division Head, Dr. Shaver was responsible for bringing online and leading Lincoln Laboratory's new Microelectronics Laboratory, a silicon integrated-circuit (IC) fabrication facility. He also led the Submicrometer Technology Group, which pioneered the development of 193-nm-wavelength optical lithography, now used for all industrial production of leading-edge CMOS ICs, and he served as the technical champion for 193-nm on the SIA Lithography Technical Working Group.

Prior to joining Lincoln Laboratory, he was Chief Scientist and Director of Research for Micrion Corporation, where he developed focused ion-beam and laser-beam microchemistry systems for photomask, microcircuit, and flat-panel display repair and modification. Earlier in his career, his work spanned such diverse areas as developing zone plates for X-ray imaging, electron-beam lithography, electron-beam testing and circuit restructuring, radiation effects, wafer-scale memories, and neurophysiology.

Dr. Shaver has been a consultant to the Defense Science Board and a participant in a National Academy of Sciences study on detector technology. He co-chaired the International Symposia on 193-nm Lithography. He is a Fellow of the IEEE and was a recipient of the Edwin H. Land Medal in 2015 and of DARPA's Superior Public Service Medal in 2019.