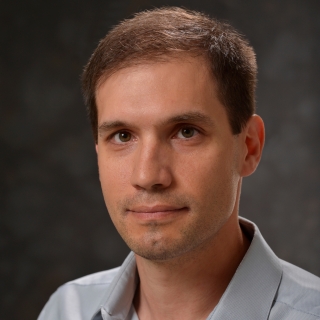 Most recently, Dr. Chiaverini co-led a team investigating limits to fidelity in trapped-ion quantum processing operations; such limits are due to noise from ion trap electrode surfaces. This experimental work was the first to suggest that the root cause of such noise may be non-material-specific adsorbates, rather than a source inherent to the particular electrode material used; this research has the potential to allow scaling of trapped-ion systems to higher speeds.  Previously, while also at Lincoln Laboratory, Dr. Chiaverini developed a clean and rapid ion-loading technique, a stepping-stone toward large-scale trapped-ion processors. He has also investigated the applicability of quantum simulation to practical problems in quantum chemistry.

Dr. Chiaverini's doctoral research explored non-Newtonian gravity at small length scales and was based on a microcantilever Cavendish-style experiment. This work was one of the first to put stringent bounds on novel gravity effects at the 10–100 micron length scale. He did postdoctoral work at the National Institute of Standards and Technology (NIST)–Boulder, where he implemented quantum algorithms, such as quantum teleportation and the quantum Fourier transform, in systems of trapped ions, while also developing a novel surface-ion-trap technology for more straightforward microfabrication and integration. He then took a staff position in the Physics Division at Los Alamos National Laboratory, where he further developed ion-trap integration technologies for quantum simulation before coming to Lincoln Laboratory.

Dr. Chiaverini has authored or coauthored numerous papers and delivered many invited conference and seminar presentations in the fields of trapped-ion quantum processing, precision measurement, micromechanical systems, and condensed-matter physics.

Dr. Chiaverini received a BS degree in physics from Case Western Reserve University, where he studied the experimental growth dynamics of solid helium crystals, and earned a PhD degree at Stanford University.