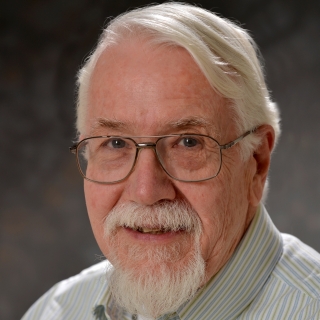 Dr. Joseph P. Donnelly is a senior staff member in the Laser Technology and Applications Group, pursuing research on avalanche photodiodes (APDs), high-power semiconductor lasers, and integrated optics. Before joining Lincoln Laboratory, he was a North Atlantic Treaty Organization (NATO) Postdoctoral Fellow at Imperial College, London, England. In addition to his position at Lincoln Laboratory, he was until 2008 an adjunct professor in the Physics Department at the University of Massachusetts Lowell, teaching graduate courses on solid-state electronics, integrated optics, and semiconductor lasers and amplifiers.

Dr. Donnelly was a national lecturer for the IEEE Electron Devices Society in 1979 and is the author or coauthor of five book chapters and more than 300 journal articles.  He is a life fellow of the IEEE and a member of The Bohmesche Physical Society, Eta Kappa Nu, and Sigma Xi. He has served on the program committees of a number of technical conferences on semiconductor devices and integrated optics, including the IEEE Lasers and Electro-Optics Society (LEOS) annual meeting, the Integrated Guided Wave Optics Topical Meeting, and the Integrated Photonics Research Conference, for which he was program co-chair in 2000 and general chair in 2001. In 2001, he was a guest associate editor for a special issue of the IEEE Journal of Selected Topics in Quantum Electronics on semiconductor lasers and from 2002 to 2004 was an associate editor of the IEEE Journal of Quantum Electronics.