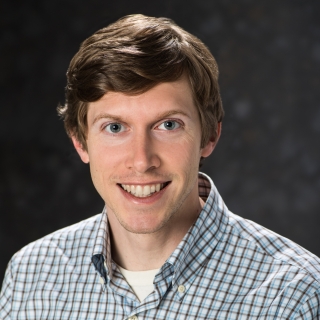 Dr. Robert McConnell is a Technical Staff member in the Quantum Information and Integrated Nanosystems Group, where he currently leads a program to develop the underlying technologies necessary for a portable trapped-ion optical clock. He also works on efforts towards a scalable trapped-ion based quantum information processor, particularly the use of integrated photonics and detectors for chip-scale ion control and the understanding and reduction of anomalous motional heating in trapped ions. His broader interests in physics include precision measurements in atoms and ions, generation of quantum entanglement and its uses in metrology, and quantum information.

Prior to joining the Laboratory, Dr. McConnell performed postdoctoral research at the Massachusetts Institute of Technology, where he studied the generation of entangled states of large atomic ensembles for use in quantum metrology. For his graduate research, he studied the production and trapping of antihydrogen atoms at the CERN particle accelerator in Geneva, Switzerland.

Dr. McConnell has published a total of 20 scientific papers, five as first author. A member of the American Physical Society, he has presented his research at numerous conferences including the APS Division of Atomic, Molecular, and Optical Physics annual meetings, where he has also served as session chair, and the North American Conference on Trapped Ions.