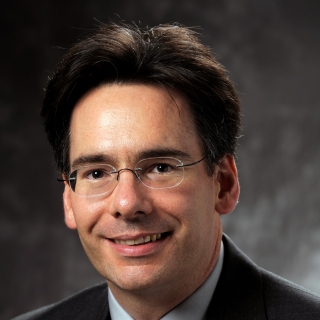 Dr. William D. Oliver is jointly appointed a Lincoln Laboratory Fellow in the Advanced Technology Division and a Professor of the Practice in the MIT Physics Department. He also serves as the Associate Director of the MIT Research Laboratory of Electronics.

Oliver works with the Quantum Information and Integrated Nanosystems Group at Lincoln Laboratory and the Engineering Quantum Systems Group at MIT, where he provides programmatic and technical leadership for programs related to the development of quantum and classical high-performance computing technologies for quantum information science applications. His interests include the materials growth, fabrication, design, and measurement of superconducting qubits, as well as the development of cryogenic packaging and control electronics involving cryogenic CMOS and single-flux quantum digital logic.

Prior to joining Lincoln Laboratory, Oliver was a graduate research associate with Professor Yoshihisa Yamamoto at Stanford University, where he worked on quantum optics, quantum transport, and quantum noise in two-dimensional electron gases and carbon nanotubes.

Oliver has published more than 60 journal articles and 7 book chapters, is an active seminar lecturer, and is the inventor or co-inventor on several patents. He has supervised and participated on the dissertation committees for several undergraduate and graduate students, postdoctoral researchers, and habilitation candidates. He is a Fellow of the American Physical Society; serves on the U.S. Committee for Superconducting Electronics; is an IEEE Superconductivity Conference (ASC) Board Member; and is a member of IEEE, the American Physical Society, Sigma Xi, Phi Beta Kappa, and Tau Beta Pi. In 2013, he was a Japan Society for the Promotion of Science visiting researcher at the University of Tokyo.