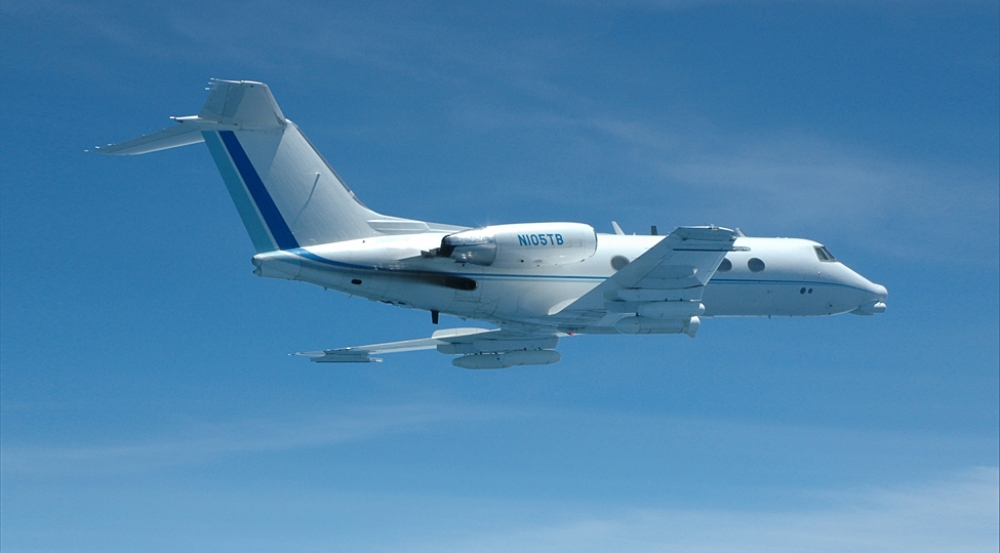 The Airborne Seeker Test Bed is a modified Gulfstream jet.

The Airborne Seeker Test Bed (ASTB) is a highly modified jet aircraft that is used for conducting research on RF and infrared sensors. Lincoln Laboratory first developed the ASTB in the 1990s, installing sensors, processing electronics, and antennas on a Falcon-20; later the ASTB equipment was transitioned to a Gulfstream G-II airframe. For flight testing airborne sensors, the Gulfstream has been customized with three types of housings to carry the sensors — under-wing pylons, a nose radome, and forward (under the nose) pods. For collecting data, computer and instrumentation racks in the interior have been installed on the Gulfstream. Researchers analyze the data collected by the ASTB to understand the engineering and science behind tactical systems and threats to U.S. Air Force aircraft. The ASTB flies at locations all over the country with fielded Air Force systems or locally with the Laboratory's Airborne Countermeasures Test System. An upgrade of the ASTB sensors and equipment and their installation on a modern Gulfstream G-IVSP airframe will increase their performance, maintainability, and reliability.