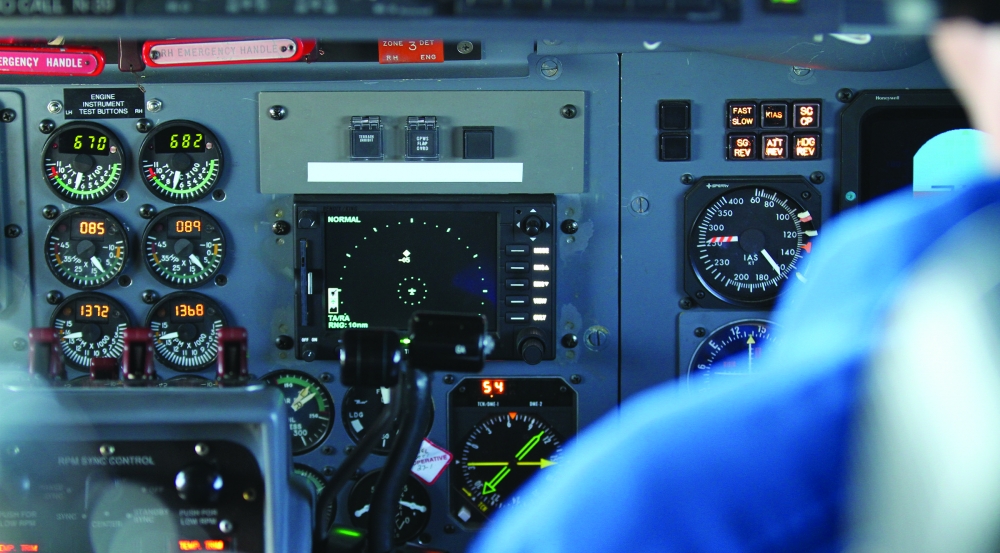 ACAS-X alerts pilots to nearby traffic and issues actions to avoid collisions with other aircraft.

To help maintain the safety of commercial and military aircraft, we have been developing the Airborne Collision Avoidance System X (ACAS X), an onboard flight safety system that is designed to replace the current Traffic Alert and Collision Avoidance System II. ACAS X is fully compatible with the new airspace procedures and technologies of the Federal Aviation Administration's Next-Generation Air Transportation System, which aims to reduce gridlock in the sky and at airports with new surveillance and navigation technologies. ACAS X detects nearby aircraft by receiving sensor measurements from onboard surveillance systems and estimates the relative position and speed of these aircraft by using tracking algorithms. The system then weighs the costs of all actions the pilot could take and decides on a single best action. If a collision avoidance alert is necessary, ACAS X sends this information directly to the pilot via the flight deck displays. A version of this system, ACAS Xu, is tailored for use on unmanned aircraft. Unmanned aircraft equipped with collision avoidance protection – a prerequisite to enter shared airspace – would be eligible for unrestricted access to the National Airspace System for the very first time.