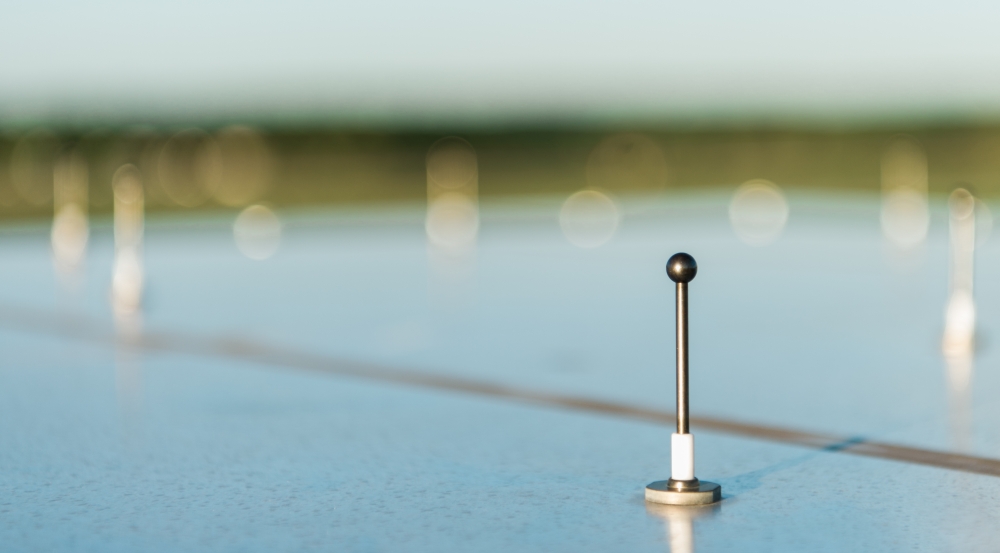 The antennas on the Small Airport Surveillance Sensor receive signals from aircraft transponders containing information about the aircraft's identification, speed, and altitude.

With funding from the Federal Aviation Administration, Lincoln Laboratory is developing the Small Airport Surveillance Sensor (SASS), an inexpensive radar surveillance system for small airports. Tower controllers at small U.S. airports currently monitor traffic by looking out the window. But when visibility is low during the nighttime or during bad weather, accurately monitoring traffic by eye becomes difficult. While large airports use a radar-based surveillance system for air traffic monitoring, such a system is too expensive to deploy at small airports. The SASS design uses a master unit in the airport control tower and two sensor units at the end of an airport's longest runway to provide tower controllers with a picture of the aircraft on the ground and in nearby airspace under all visibility conditions. Because only two sensors are needed, the purchase, installation, and maintenance costs of the system are affordable for small airports. Our long-term goal is to develop an affordable, commercially available version of SASS that will help ensure the safety of people and equipment arriving at or departing from all airports across the nation.

Air Force pilots get an AI-assist with scheduling aircrews