Topic:
autonomous systems
R&D area:
R&D group:
We are building a toolbox of autonomous functions for unmanned aerial systems to improve UAS missions and alleviate burden on human operators in the field. 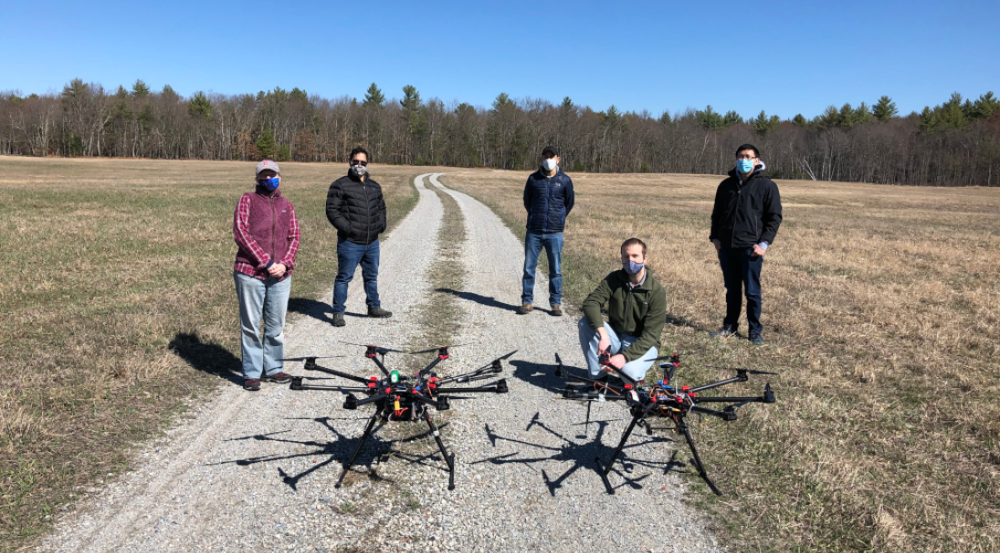 The CHASER program is exploring a range of R&D directions that will improve capabilities in autonomous UAS missions.

Over the last decade, significant commercial advancements in small unmanned aerial systems (UAS) have enabled new applications of the technology for government missions. However, commercial UAS research has not typically focused on autonomous functions. In government missions, such autonomy would greatly reduce the burden of dedicating one person’s time exclusively to piloting UAS in the field. To address this research need, the Collaborative-UAS for Hostile Attribution, Surveillance, Emplacement, and Reconnaissance (CHASER) program is developing a toolbox of integrated hardware and software utilities to automate UAS functions.

Our initial focus has been on enabling autonomous UAS chase missions for hostile attribution. While small UAS autonomy has increased in recent years, law enforcement has lacked the ability to automatically follow illicit small UAS back to their point of origin so that the operator can be dealt with appropriately. To help bridge this capability gap, the CHASER program is developing computer vision–based detection, tracking, and control algorithms, as well as integrating the supporting onboard sensing and computing hardware. This work builds off of a small UAS test bed previously developed at the Laboratory that is designed to enable rapid prototyping of airborne capabilities and reduces the barriers to flight testing by leveraging platforms, command and control messaging schemes, modular software architecture, and initial computer vision pipeline development.

In the future, our team will be adding more tools, including cueing from external sensors and infrared computer vision technology, to build up this toolbox of autonomous UAS functions. Through this process, CHASER enables a wide range of research and development directions that will improve capabilities in autonomous UAS missions, and thereby alleviate burdens on human agents in the field.

AI is smart, but does it play well with others?

Self-driving cars should look down, not just ahead